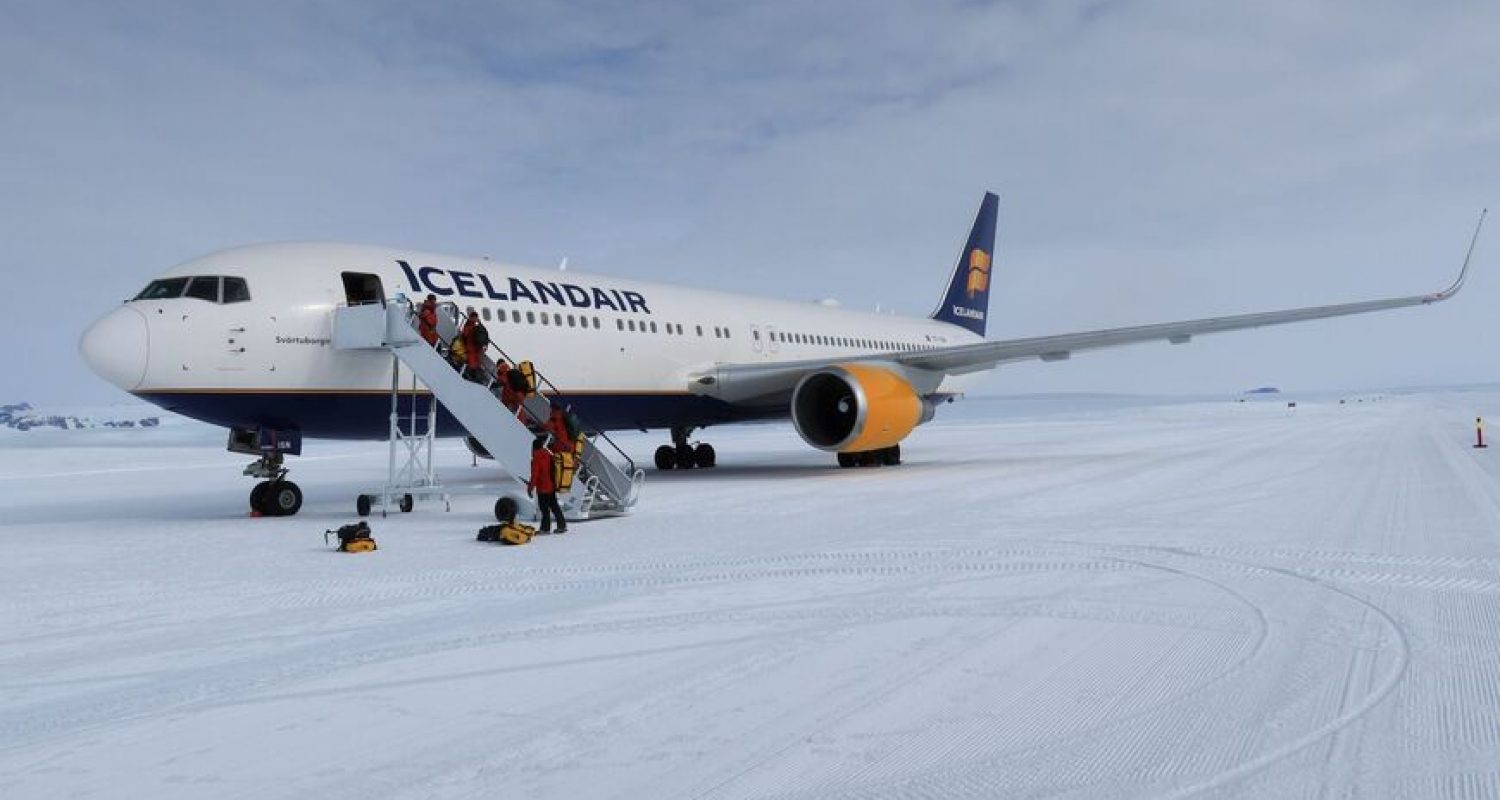 This year the largest civilian aircraft ever, landed at Troll Research Station in Antarctica. The flight was arranged by Aircontact on behalf of The Norwegian Polar Institute and operated by Icelandair, on their Boeing 767-300.

Aircontact have, in cooperation with the Norwegian Polar Institute (NPI) and Icelandair, used the past four months preparing for this spectacular flight. The flight has the purpose of flying Norwegian scientists, technical staff and cargo from the Troll Research Station to Oslo, Norway.

On Wednesday February 24th, Icelandair started out on the first stage of the adventure when their Boeing 767-300 flew 14 hours nonstop from Reykjavik to Cape Town.

On Friday February 26th, the Icelandair aircraft starts its journey to the bottom of the world with a 05:43 hour flight from Cape Town to Troll research Station. The Troll Research Station is located 235 kilometers from the coast, in the eastern part of the Queen Maud Land in Antarctica. At 12:22 UTC the Boeing 767 did a smooth landing at the blue glacial ice runway at Troll.

After the arrival, the aircraft sets out on a 14,790 km flight from the Troll Station to Oslo. On route a stop was made in Cape Town, to change crew and re-fuel the aircraft. On February 27th the aircraft landed in Oslo and ended yet another successful operation at Troll.

Even though each flight still gives us goose bumps and all operators we have worked with have been of the highest standard, this year’s operation with Icelandair was without a doubt something special. Aircontact is very proud to work closely with various operators and the Norwegian Polar Institute on these special flights.